0
Your shopping cart is empty.
Find super cool things in our catalog.

Fascinating table lamp, original from the 70s, designed by the German label Hustadt Leuchten. Before his eyes the model 3593/02, which consists of a ceramic foot made of white clay with reddish enamel with a fat lava effect, which supports a large cylindrical lampshade lined in white linen satin fabric. The geometric shapes drawn on the front stand out in its design, many of them piercing it, thereby achieving suggestive light leaks thanks to the bulb that illuminates the interior of the piece.

Clean and functional electrical system, being suitable for both led and filament bulbs, it uses two, the main one with a max E27 thread. 100 Watts, and an E14 thread max. 40 Watts (which is hidden inside the vase) controlled in unison by means of a hand switch. As for aesthetics, it is in very good condition, with slight scars on the base (imperceptible once placed), mention that the screen was replaced respecting its original color. 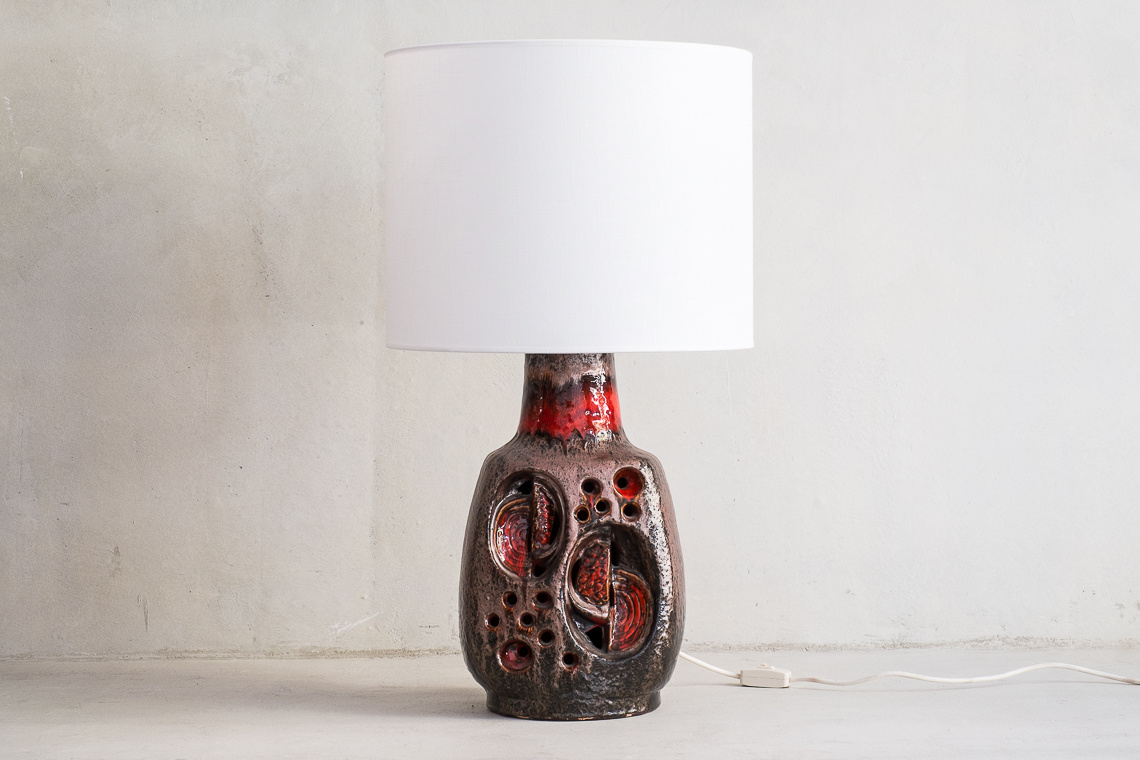 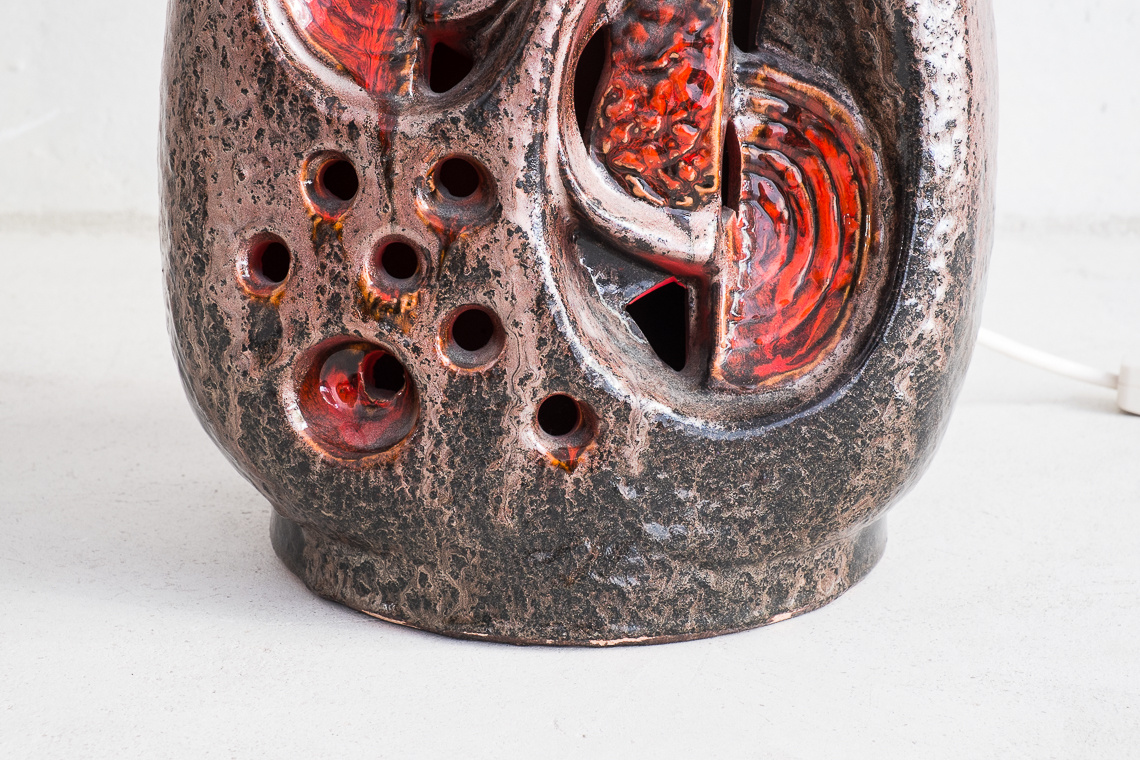 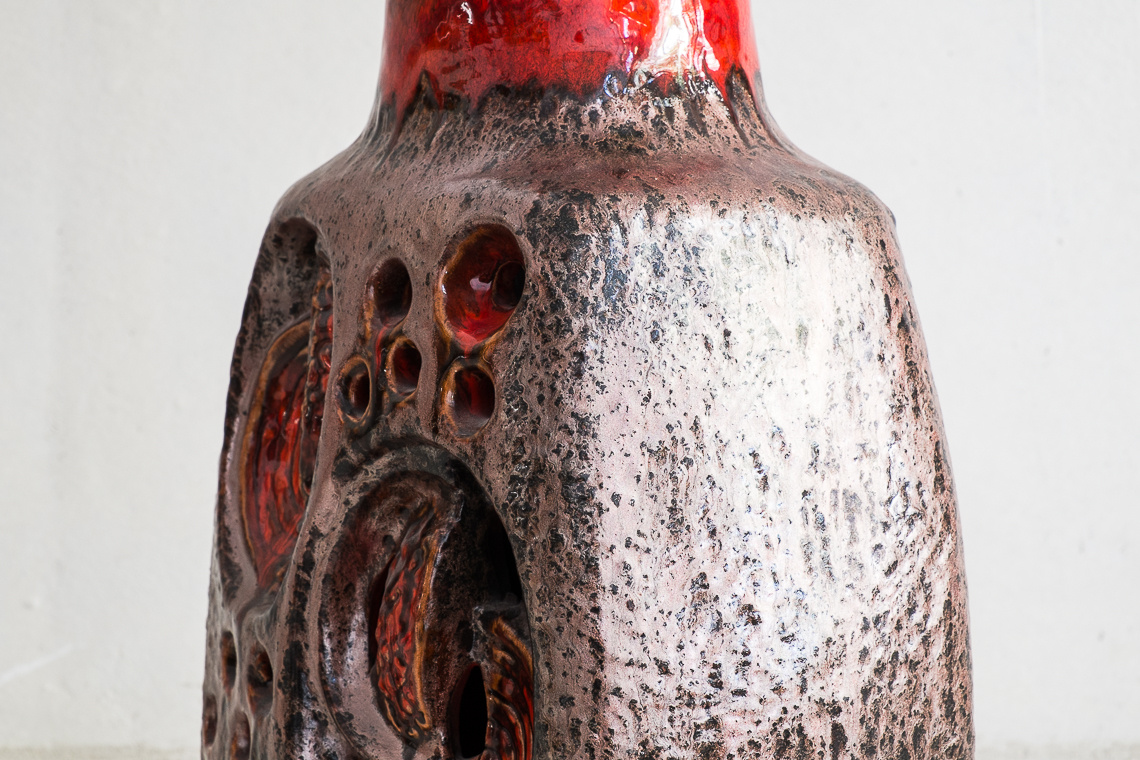